Earlier this year we launched Hacker News TV, a A 24/7 TV station made up of the best Hacker News videos. What follows is an interview with David Adler, one of our senior developers who brought the idea to reality.

How did you come up with the idea?

I’d just left a coding job in New York and wanted a completely new challenge. So I booked myself a one way ticket to San Francisco and started living in this Hacker House called Bed N Build.

There was a funny mix of people there, all pursuing their own startup ideas. Someone had a 3D manufacturing company that had raised a few million dollars. Someone else was working on a decentralized internet that could never be taken down by the government. It was a good laugh. We’d all be working on our projects during the day, get back in the evening, cook some food and chat over the TV.

To be honest American TV networks weren’t really our thing. I’m a bit of a nerd (as were most people in the house). We didn’t give a shit about the Kardashians or Fox News.

I once joked that a Hacker News TV Station would solve our problems. People laughed. I told everyone I’d build it tomorrow. But you know how it is. The next day I woke up and started working on...something completely different. 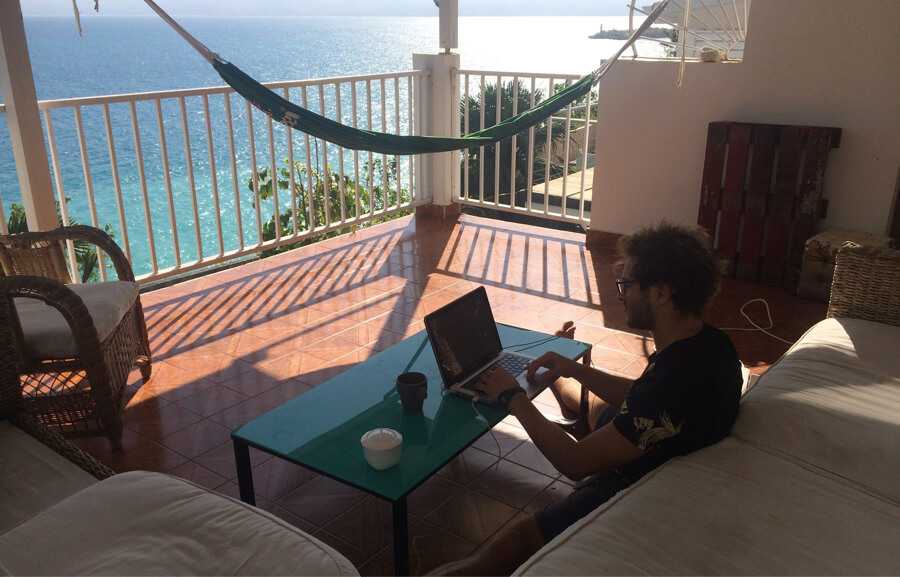 So when did you get around to building it?

A year later I started a new job working for a digital product studio in London called (you guessed it), Crowdform. One of the cool things they do is allocate time each quarter to build side projects.

So, we had a meeting and I pitched in my idea: Hacker News TV, a A 24/7 TV station made up of the best HN videos. People liked the idea, but there were some question marks about how feasible it would actually be. 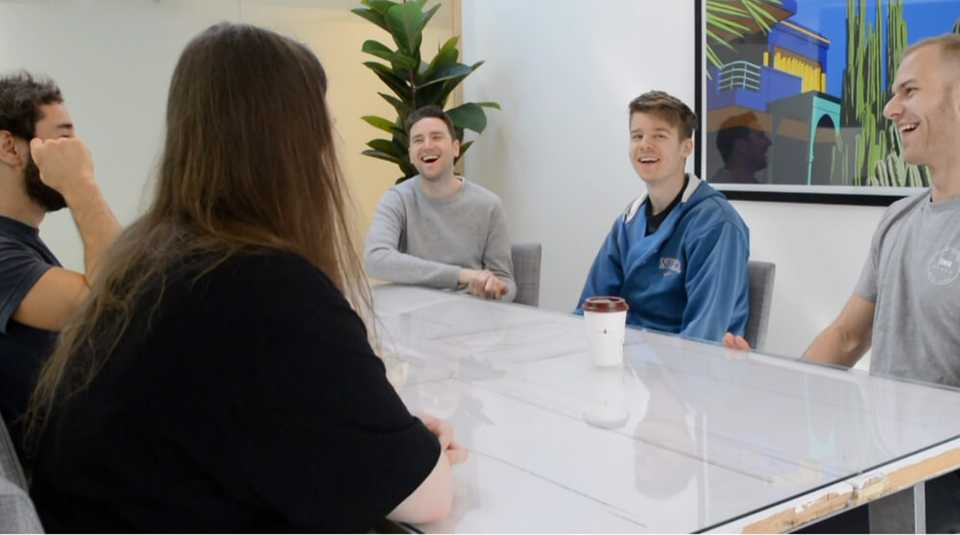 Would we actually be able to scrape the videos from Hacker News?
Were there enough high quality videos to make a 24/7 stream last?

These were valid concerns. So that night I went home, forked an old Preact repo, and started hacking away.

I knew that Algolia had mirrored the Hacker News DB. So I had a theory that I could use the Algolia API to query for videos. After about fifteen minutes of playing around I had an array of every single Hacker News video ever posted in my console.

I looped through the array, embedded the videos as YouTube iFrame’s and that was the MVP.

I went into work the next day to share my findings. Once people saw the MVP in action, scrolling through some of the weird and wonderful videos posted over the last few years they were convinced. We agreed to go with it.

What were the next steps?

We decided that a chat would be pretty awesome to accompany the livestream. This would allow people to message back and forth as they watched the videos.

We also thought that an All Time list would be awesome. If people weren’t enjoying the livestream they could just browse through the best Hacker News videos.

Later that afternoon, Ewan, our lead designer, incorporated these features into a design and then I had the rest of the week to turn it into reality.

The first step was throwing in Firebase Auth and chat which went fairly smoothly. The next day I set out to style the various components to match up with the design. Once that was done the skeleton was more or less in place and then there was just some bugs to clean up.

I realised that an infinite scroll full of embedded YouTube iFrame’s was going to negatively impact performance so I converted them all into thumbnails and only instantiated the each iFrame when the user needed it. 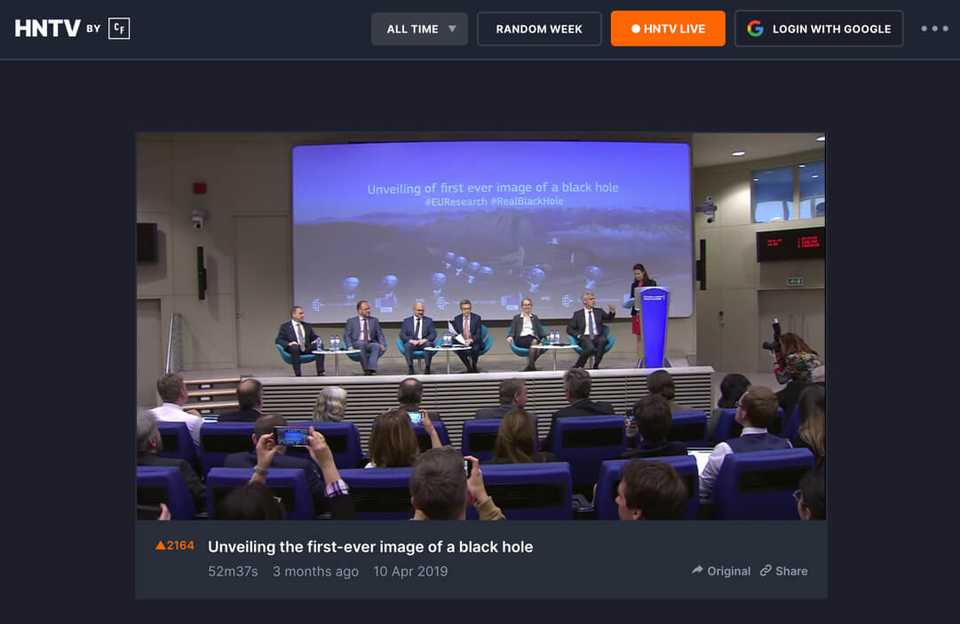 Another challenge was getting the livestream to sync so that everyone was watching the same video at the same time. Some devices have a completely wrong local system time so I had to introduce a universal server time which added a little complexity.

How did the launch go?

Last week we wrapped up Hacker News TV and threw it on Hacker News. I was convinced it would be a shoe in, but if there’s one thing HN has taught me is to expect the unexpected and we didn’t get a single upvote.

Thankfully our Product Hunt launch was more successful. Across the day thousands of people tuned in to HNTV, and we've since been getting a few hundred hits per day. Fortunately it's not the kind of product that relies on a big launch to be successful – it's works just as well with one user or a million, and the content comes from the HN forum so is always fresh. The plan is to leave it up and let things grow organically.

My throwaway idea from all those days ago back in America had come to life. And it felt great!

What does the future hold?

In terms of growth – we built this for ourselves and the Hacker News community. We want people to use it to discover fun videos – hypergrowth isn't really the aim. But saying that, we think it's great and are hoping people share it around to as many people as possible.

In terms of new features – one requested feature was the ability to filter by category. That way someone could binge watch all the videos on a particular topic. So I'm currently in the process of figuring out how to sort hundreds of thousands of HN videos.

We've also set up the HNTV Digest where we email out the most upvoted videos each month. I'm looking to automate that as well, and hopefully build up a mailing list of HNTV diehards.

And finally – we're going to be watching a lot of Hacker News TV in the office!

David is a Senior Full Stack Developer at Crowdform. In his spare time you’ll find him practicing Capoeira or working on his latest startup idea. Say hello at @da_adler on twitter or mailto:david@crowdform.studio.

Open Banking and the new frontier of API-driven finance apps

Startups for Realists #5 – with Jonny White, Founder of Ticket Tailor

Ready to talk about your project?